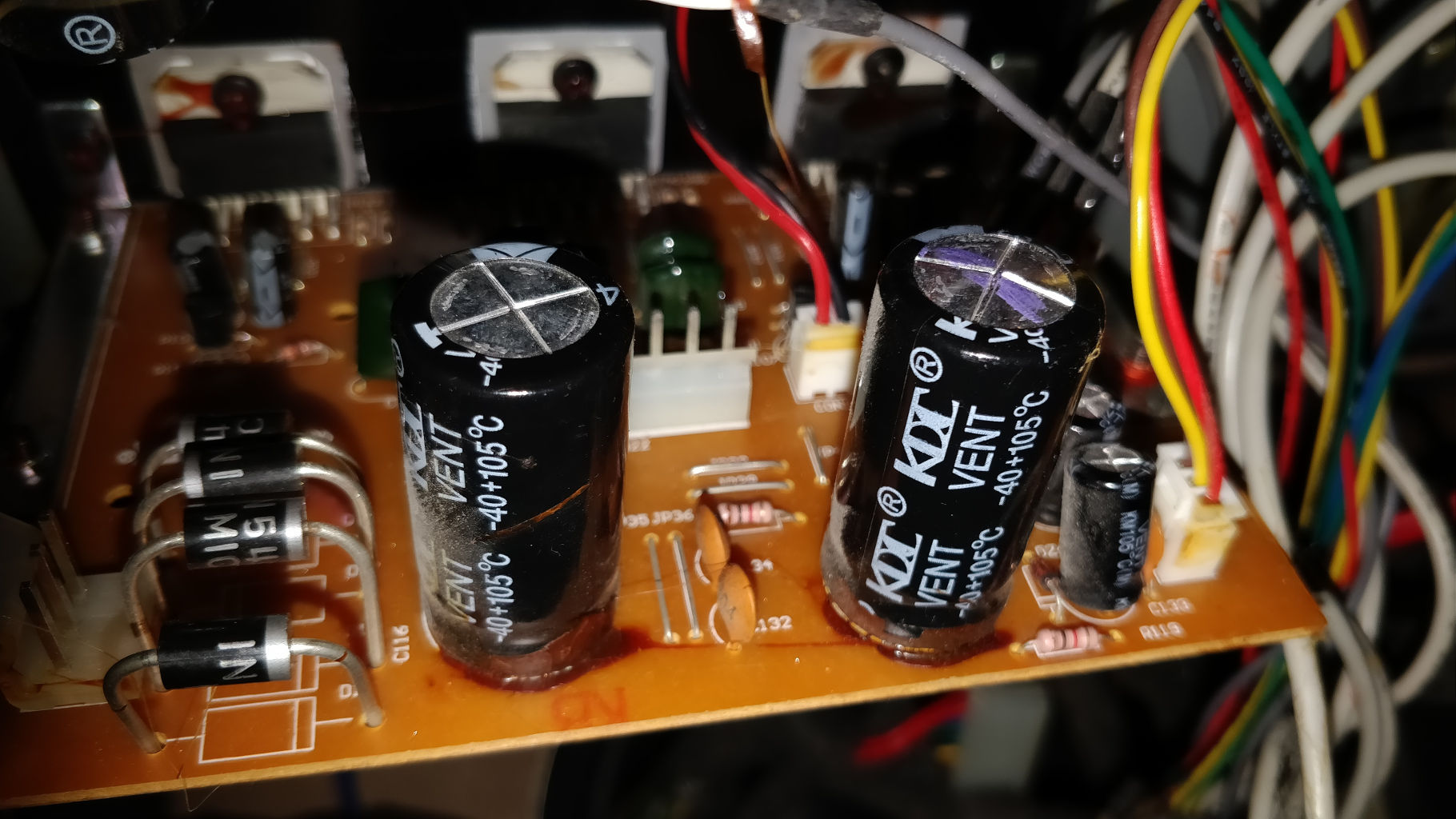 I love good sound. I’ve been suffering with my poor bookshelf speakers for a while now. They simply don’t produce enough output at the bottom end of the spectrum. I don’t want to annoy neighbors. But I do want to feel the rhythm. I went to a Hi-Fi store to listen to a couple of speakers. I flirted with a pair of Polk Signature Series S55 floor standing speakers. But I didn’t want to open my wallet just yet. I remembered there is an old Genious SW HF 5.1 5000 system somewhere in the basement. But they were broken. The subwoofer is humming loudly even with no input. Armed with all the electronics knowledge from YouTube I gave myself a shot at repairing this.

Likely culprit? Capacitors. Electrolytic capacitors are a common reason for the failure of power supplies, computer motherboards, and other electronics. The electrolyte in them can dry up due to heat exposure, voltage spikes or low quality. Sure enough, when I opened the case, I saw one cap with a bulge. I ordered replacement caps and waited 3 or 4 days for them to arrive.

Before taking the circuit board out of the case, I took photos of all the cables that were attached to it. Then I unsoldered the old caps. It went better than the last time I was doing that. I was able to remove all the old solder with a dash of fresh solder and soldering wick. I popped the new capacitors in, soldered them and put everything back in the case. Did I fix them? With a bit of fear, I plugged in power. Nothing happened. Absolutely nothing. No hum. No lights on the front panel. No sound. A dead piece of metal and wood.

There is a fuse in there. It was blown. It was 8.21PM. All the stores with replacements were closed already.

The next morning was white. Snow everywhere and cold as hell (-1 deg C for me). I was in front of the store half an hour before it opened. I got the fuse, popped it in and turned on the power. The speakers were alive again. But they were not repaired. The hum coming from subwoofer did not go away.

I’ve had enough of it for the day. I needed to do some actual work. In the evening I was banging my head against the desk, trying to get an idea of what it could be. I turned on the multimeter and probed some points on the circuit board. I found a shorted diode. Got a replacement next day, soldered in and tested again. I was not expecting that! Subwoofer made a new kind of noise. Not warm hum. Something more sinister! It was the sound of something being shorted. A short with non-trivial amount of current. Blue smoke and smell of burned electronics confirmed the fear. I saved the speakers from eternal limbo, from the uncertain state of not working but still being fixable. The magic smoke escaped. The speakers are now undoubtedly dead.

I will be more careful next time, I promise.